Crypto At The Crossroads – Mainstream Adoption Is Still Elusive

CRYPTOCURRENCIES HAVE HAD A REMARKABLE YEAR, BUT MAINSTREAM ADOPTION IS STILL ELUSIVE. CAN THEY CLOSE THE CREDIBILITY GAP? 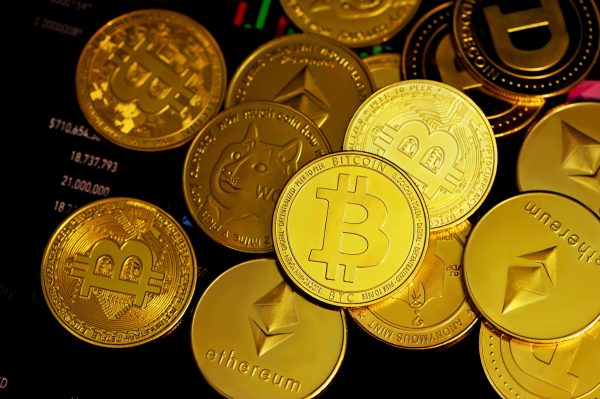 What to make of the topsy turvy world of cryptocurrency?

A snapshot of that world in 2021 goes something like this. In March the price of bitcoin hit an all time high of USD 60,000. By July its value had more than halved. At the time of writing one bitcoin is priced at below USD 50,000, days after reaching a new peak of USD 68,000.

If all this sounds confusing, we’ve barely scratched the surface. Governments and central banks around the world regularly warn their citizens about the lawless nature of decentralised cryptocurrencies like bitcoin and ethereum, and at the same time draw up plans for statebacked alternatives (China is currently piloting a Digital Chinese Yuan and other nations developing the idea include Sweden, Russia and Thailand).

Beneath it all, the usual arguments rage. Cryptocurrency is unstable, volatile, and a cover for criminal activity. It is still highly unsuited to everyday transactions.

On the other hand, some investors are happy to ride the bitcoin rollercoaster because that is where big profits potentially lie. Others argue that the original reasons for bitcoin’s creation still stand. Fiat currencies are controlled by authorities that can – should they wish – devalue them with the stroke of a pen, or deny citizens access to their bank accounts. By cutting out the middlemen, cryptocurrencies avoid these risks, and can also reduce the cost of some transactions.

That is a very basic summary of a highly complex situation, but it hints at the competing forces at work. Authorities are highly suspicious of cryptocurrencies, because they are impossible to control, difficult to regulate and make financial markets more turbulent. A majority of the public in many countries thinks the same way. At the same time, there is a momentum behind cryptocurrencies that is proving impossible to contain. The popularity of bitcoin, ethereum and the rest explain the emergence of stablecoins (cryptocurrencies pegged to fiat currencies, usually the US dollar, or a commodity like gold) and state-backed digital currencies. 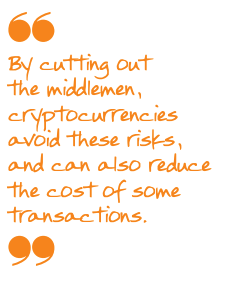 And their popularity is rocketing, despite the warnings of central banks. Recent research revealed that global adoption of cryptocurrency grew by 881% in the year to August 2021, with Vietnam, India and Pakistan leading the way. The research, by blockchain data firm Chainanalysis, is designed to capture cryptocurrency adoption by ordinary people rather than investment funds.

“The crystal clear reason for crypto’s popularity in Vietnam is the perceived return on investment,” he says. “If you look at bitcoin’s remarkable recent recovery, it is easy to see how lucrative an investment could be, despite no legal protection under current local laws.”

Ukraine comes fourth in the Chainanalysis survey, dropping from first place in 2020. Again, cryptocurrency adoption is led by a tech-native population, in this case alongside a vibrant start-up environment. Ukrainian companies regularly use cryptocurrency for business-to-business and cross-border transactions, sidestepping cumbersome banking processes. 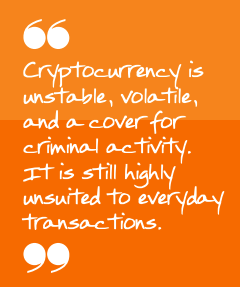 “But I think it is also a convenient way to legalise income. Over 46,000 bitcoins were recently discovered as intangible assets in the declarations of civil servants in Ukraine. Such a large amount may be explained by the fact that it is practically impossible to track the origins of cryptocurrency.”

A DRIVER OF CRIME?

Proponents have no problem with that, considering the lack of traceability around transactions is one of cryptocurrency’s benefits. Inevitably, authorities take a different view. Cryptocurrency is struggling to shake off its reputation as a driver of nefarious online activity.

“Cryptocurrencies are by their nature extremely difficult to regulate and therein lies the problem,” says Andrew Hulse, a partner at UK member firm UHY Hacker Young. “For this reason they are the currency of choice for illegal activities. With this in mind, would any national government really want to be engaged in activity that supports drug dealing, modern slavery and terrorism whilst at the same time damaging the environment?”

That concern partly explains why El Salvador is currently the first and only country to make cryptocurrency legal tender. Another reason, according to Andrew, is that it remains difficult to report – and therefore tax – transactions that do not pass through financial intermediaries.

“At a time when governments are at last working together towards a minimum corporate tax rate, it is no surprise that crypto has not been recognised as legal tender,” he says.

But while there is no queue forming to follow El Salvador’s lead, and indeed the decision has caused unrest in the country, very few governments have outlawed cryptocurrency entirely.

At the same time, bitcoin especially is gaining credibility as an investment vehicle, despite its inherent volatility. The first bitcoin electronic funds transfer (EFT) recently made its debut on the New York Stock Exchange, creating a more conventional way to invest in cryptocurrencies. Fintech companies not directly linked to cryptocurrency trading, like PayPal, Venmo, Square and Robinhood, now offer the option to buy and trade bitcoin within their apps.

There are also suggestions that cryptocurrencies could soon gain more real world applications. A few major companies – Microsoft and Starbucks are two – now accept bitcoin payments (though in Starbucks’ case only through their app). Considerable excitement was recently generated by an Amazon job listing for a “digital currency and blockchain product lead”. Experts say that Amazon’s acceptance of cryptocurrencies as payment could trigger a domino effect that pushes bitcoin into the mainstream. 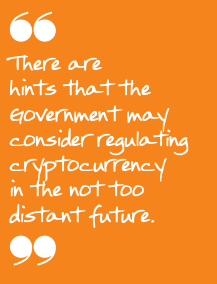 In other words, away from China and a few other notable exceptions, government efforts to contain the bitcoin storm look to be in vain. Instead, there are increasing calls for regulation, which could make cryptocurrencies safer for investors and less appealing to criminals. 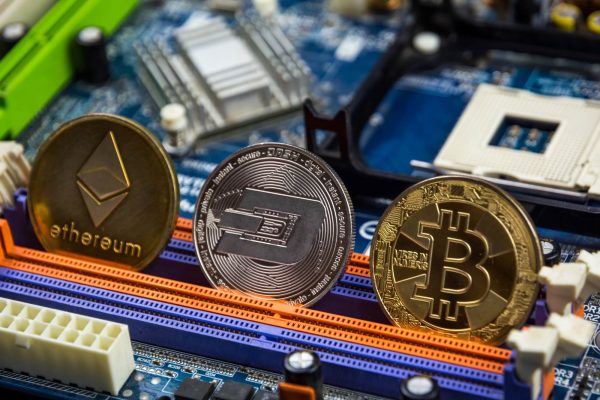 Despite this activity, it is too early to tell if we are on the cusp of widespread mainstream adoption of cryptocurrency. There are still obstacles to overcome. Despite bitcoin’s apparent popularity, the Ukrainian central bank currently refuses to recognise cryptocurrency as anything other than a store of value. It cannot be exchanged for property, goods, works or services. The same is true elsewhere.

But regulation provides credibility and, around the world, authorities have started to recognise that they have a duty of care towards cryptocurrency investors. A recent US Government report outlines legislation that would bring more regulation to the cryptocurrency market. US lawmakers have repeatedly expressed concern over the lack of regulation of bitcoin, ethereum and others.

If laws governing the use of cryptocurrency are enacted, the only thing stopping mainstream adoption – at least by the investment community – may be bitcoin’s own remarkable rise, and the suspicion that creates. “History is full of examples of bubbles – from tulips to trains to dotcom startups – and crypto has all the same hallmarks,” says Andrew. “Will they go the same way? Only time will tell.” 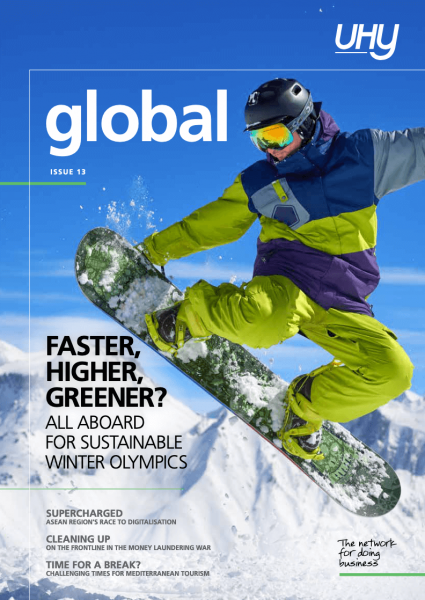